The Importance of BIM Management for Project Success

As part of Singapore’s Underground Masterplan project led by the Urban Redevelopment Authority, AcePLP was tasked to create a BIM database of all underground building structure in Marina Bay and Jurong Lake District, including any underground connection to buildings and train stations.

The BIM database is to be geo-referenced to SVY21 for XY coordinates and Singapore Height Datum for the Z coordinates. Non-geometric information such as pile numbers are to be shown in the model. At the end of the project, AcePLP is also required to ensure that the modelled BIM database can be exported to IFC 2×3 format, with all geometries, attributes and parameters intact after conversion.

The main challenge was that the original drawing information dated back several decades and featured incomplete information, largely due to the way that the drawings were presented. In the 2-dimensional form, errors in drawing information were not immediately clear, so these errors often made their way into the final As-Built drawings too.

With advances in 3D modelling technology, many of the mistakes became glaringly obvious, and had to be resolved. Resolving these errors sometimes required getting in touch with the team that made them several decades ago, particularly for old drawings. Where the errors cannot be resolved, the AcePLP team documented them so that future users of the BIM database are aware of the limitations of the database.

Autodesk Revit was used to create the BIM models. All models were federated via a network of sub-models to ensure that the model file size was manageable. As a result of the AcePLP model management method, the BIM models produced were easy to use even though the project involved a huge network of BIM models across two districts in Singapore.

This was the case even when the BIM models were exported and used as IFC files. The key takeaway is that the BIM management of a project is absolutely crucial in ensuring the usability of the final BIM deliverables.

Why do I need BIM? Building Information Modelling is now a mandatory requirement in Singapore for all government projects above 5000 square meters. Currently, there 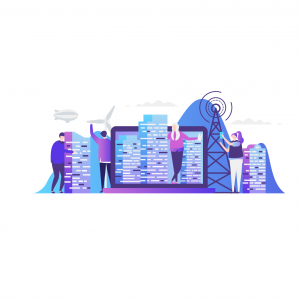 What are Digital Twins and how is it related to BIM?

Not sure what you need? Schedule a visit or a phone call with us for more information on digitizing your engineering workflow.